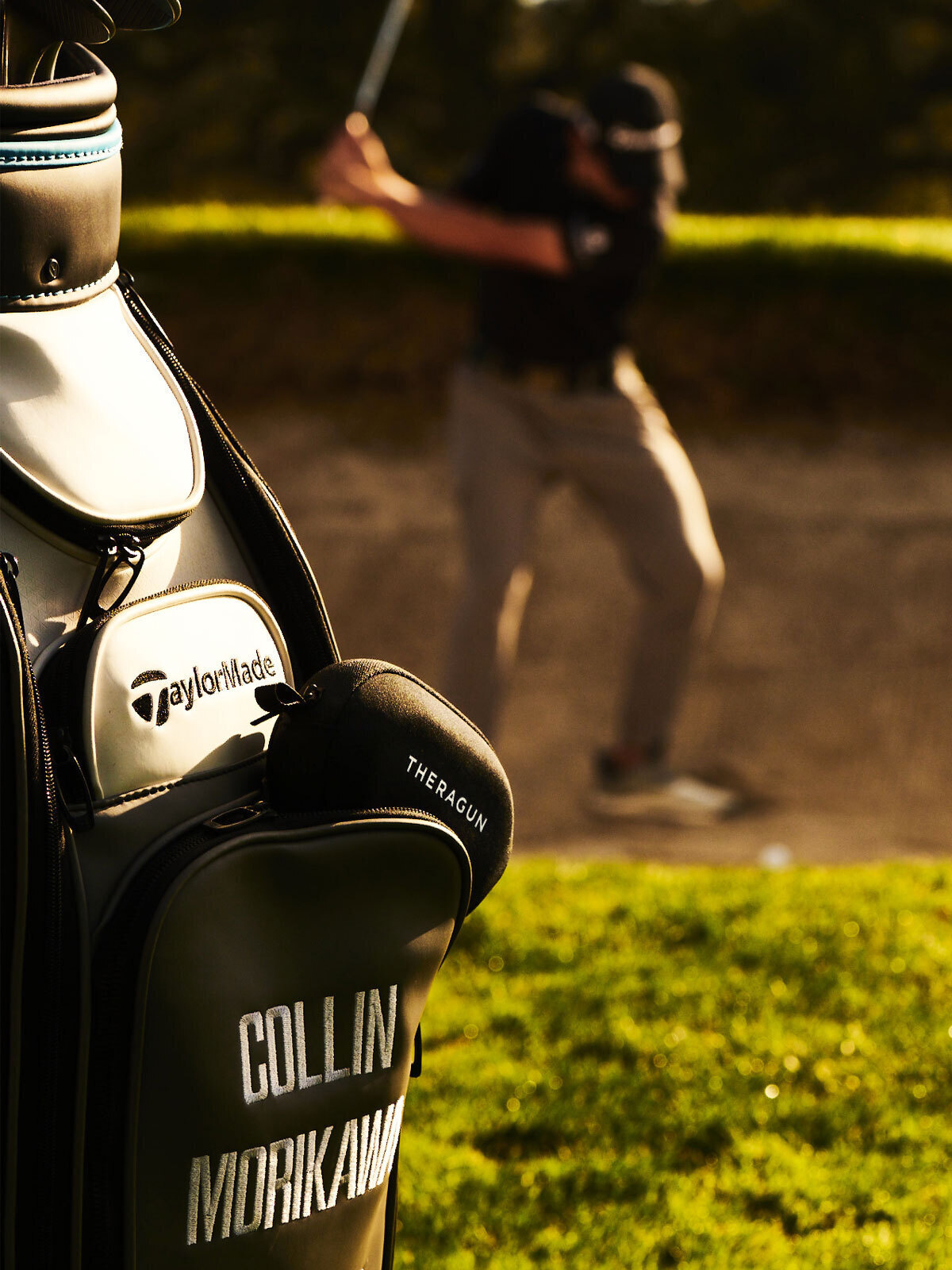 Theragun percussive therapy devices, made by Therabody, are trusted by professional sports teams, professional athletes, celebrities, world-renowned trainers, physical therapists, and people in more than 40 countries. Therabody’s family of powerful and therapeutic Percussive Therapy tools are used across many sports verticals from CrossFit to triathlons to golf and everything in between.

Therabody recently announced its multi-year partnership with top-ranking pro-golfer Collin Morikawa. The athlete who was named 2018 Golfweek Men’s National Player of the Year, earned Pac-12 Player of the Year honors in 2019, and his first PGA Tour title at the age of 22.

Morikawa gives some credit to Theragun devices for aiding in his recovery, athletic performance, and his overall fitness routine. The recent PGA Tour winner (2019) and the rising star is a health and wellness advocate and was first introduced to the career-changing benefits of Theragun Percussive Therapy as a top player at UC Berkeley, where he was a three-time first-team All-American and four-time first-team All-Pac 12.

Morikawa first began regularly using Theragun devices when he was on the Cal collegiate golf team at UC Berkeley. The team had integrated Theragun devices as part of its fitness and recovery routine. As Morikawa’s career progressed and he turned professional, he used his Theragun device less and less. That changed very quickly when he suddenly felt a pain in his back that cost him a win in the 3M Open. Morikawa says he realized during a game at that event that if he had kept percussive therapy as part of his daily routine, he might have been better able to manage his pain. At the time, he was using a foam-roller and sports ball in place of a Theragun device. He very quickly realized that even the two combined were not enough for injury prevention, stretching, and recovery activation.

Since then, Morikawa has integrated his Theragun Percussive Therapy devices into this daily routine and has not dealt with an injury to date. Morikawa says he uses his Theragun religiously now and that it helps give him the confidence to play harder without worrying about getting injured. Collin uses the Theragun PRO on the golf course and has been seen toting the Theragun mini along with him. He’s a fan of the Theragun mini and describes it as “unobtrusive and portable."

Morikawa partnered with Therabody because of his love and enthusiasm for the brand and its products. He characterizes Therabody products as his “secret weapon" in his golfing arsenal. Collin firmly believes that all golfers can significantly benefit from the use of Theragun Percussive Therapy devices. He has personally experienced increases in his range of motion and swing speed, along with faster recovery and even injury prevention.

The newly launched Therabody mobile app allows users to select golf-specific routines that show golfers of all skill levels how to properly integrate Theragun Percussive Therapy devices before during and after their game.

Collin utilizes the Therabody app (which works with Bluetooth enabled Theragun devices) to assist him in his warm-up and recovery. He likes to use the Theragun device with the app because it will tell him what amount of pressure to apply and what type of routine to use when he’s feeling sore.

To learn more about Collin Morikawa and how he uses his Theragun devices, download our Podcast here.