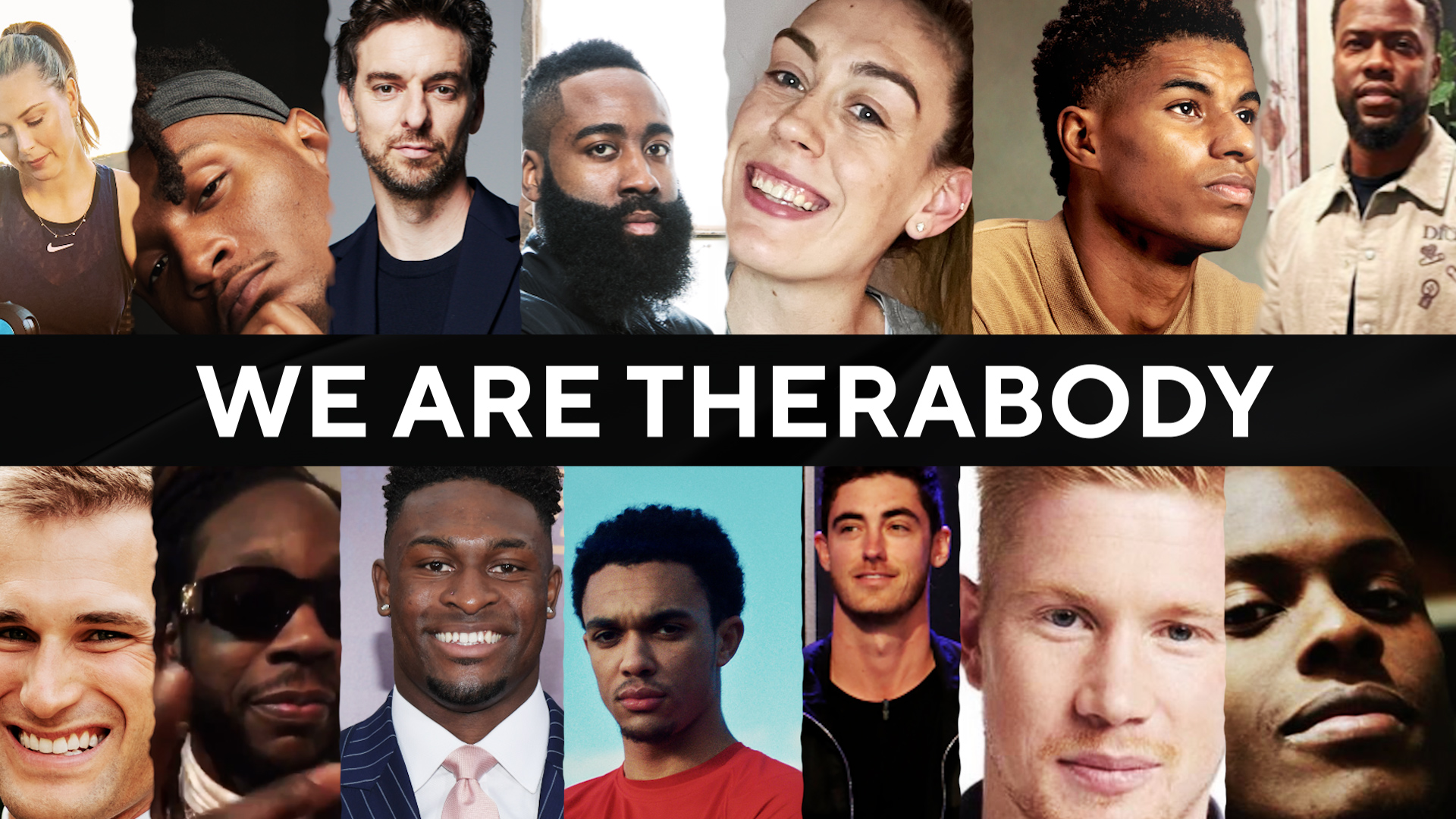 The Leader in Tech Wellness Secures Support from More Than 100 Influential People in Professional Sports, Culture, and Entertainment

The global group of investors includes nine current and former professional quarterbacks, as well as notable individuals spanning the worlds of sports and entertainment, many of whom already incorporate Therabody into their training, recovery, and overall wellness routines.  Other high-profile investors in the round include:

In 2008, Dr. Jason Wersland, Therabody’s founder and chief wellness officer, invented the world’s first hand-held percussive massage therapy device, Theragun, as an alternative to surgery or pain medication to treat injuries sustained in a motorcycle accident. In 2016, Dr. Jason and Therabody’s CEO, Benjamin Nazarian, commercially launched Theragun, making non-invasive pain management attainable for everyone. In 2020, Theragun evolved into Therabody, an ecosystem of comprehensive, industry-leading products that are at the intersection of fitness,  recovery, and pain management. Therabody’s solutions are relied on everyday by professional athletes, weekend warriors, and fitness enthusiasts for training, recovery, and injury prevention. Therabody products are used by medical professionals and consumers for treatment of pain, injuries, and ailments including chronic neck and back pain.

“To have such a significant number of premiere athletes, entrepreneurs, and celebrities invest in our company is both an honor and a testament to the validity of Therabody’s products and mission," explained Benjamin Nazarian, CEO of Therabody. “Therabody has grown exponentially not only because of our commitment to efficacy and research, but because of the trust that our customers have in what we develop. Our investors not only see the value in taking care of their bodies naturally, but they are investing in both the industry and in a brand that they believe is creating impact. We’re fortunate to be working with some of the strongest and smartest people in the business, across various professions, and look forward to further revolutionizing health and recovery."

“Ben, Dr. Jason, and the entire Therabody team are passionate about helping people and delivering innovative products and experiences. We deeply resonate with the company’s mission of providing recovery, health, and holistic wellness solutions for everybody," said Larry Marcus, co-founder of Marcy Venture Partners. “The consumer and professional feedback that we’ve seen and heard about Theragun is off the charts. We see a massive opportunity for the brand on a global level, and we’re looking forward to their continued growth ahead."

“We are excited to back Therabody as it leads the way in innovation at the intersection of fitness, wellness, and technology," said Nate Raabe, managing partner of Rx3 Growth Partners. “We believe in brands that push the envelope and Therabody has done an incredible job reinventing the recovery category by creating a range of effective wellness solutions."

“From early conversations about brand growth with the Therabody team, to highlighting Dr. Jason’s journey on our Boardroom network, Thirty Five Ventures has been aligned with Therabody’s mission of providing people with alternative solutions to pain management and recovery for some time and we’re excited to make it official," said Rich Kleiman, co-founder of Thirty Five Ventures. “Therabody is at the forefront of incredible opportunities in the wellness space, and we look forward to seeing what else they’re going to accomplish."

The announcement marks a significant benchmark for Therabody as it celebrates unprecedented growth over the past four years in various areas of the business, including:

With these funds, Therabody will continue to accelerate its research and development efforts to innovate new products and services, further enhancing injury prevention, recovery, and natural wellness solutions. The company will also continue to invest heavily in its international expansion with plans to launch into 10 new countries by 2022.

About Therabody Theragun® was created in 2008 and officially launched in 2016 by chiropractor Dr. Jason Wersland after suffering a life-altering injury. Building on over a decade of research and development, the brand’s gold standard Theragun Percussive Massage Therapy devices use proprietary state-of-the-art technology to effectively reduce muscle tension, accelerate recovery, and improve performance. Theragun is the most trusted percussive massage therapy device among professional sports teams, professional athletes, celebrities, world-renowned trainers, physical therapists, and people in more than 60 countries. In 2020, Theragun rebranded to Therabody™, continuing its mission to provide natural wellness solutions through innovation in the percussive massage therapy space, developing and introducing the first of its kind Smart Percussive Therapy™ technology, seamlessly connecting to the Therabody app via Bluetooth® as well as launching its own U.S. grown and USDA Certified Organic CBD line, TheraOne. For more information on Therabody’s latest products and to stay up to date on company news, visit www.Therabody.com and follow the brand on social media via Instagram, Facebook, and Twitter. The Therabody app is available for download for iOS on the Apple App Store and for Android on the Google Play Store.